When Ganesh is in his Turia means fourth stage, one can have his darshan. As such Chaturthi has special importance. 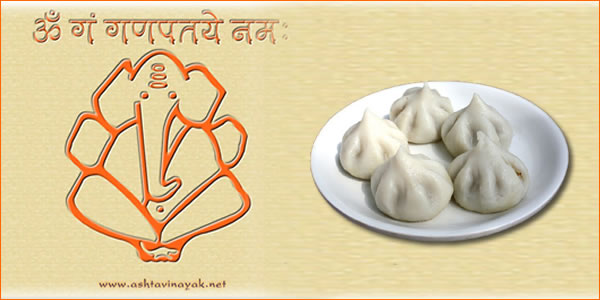 This vow is done by devotees on fourth day of second fortnight of every month. On this day devotees fast for whole day & break their fast after having darshan of Lord moon & worshipping Lord Ganesha.

This vow is observed strictly by devotees to get rid of problems in there life.

On this day in the evening after having bath first, worship Lord Ganesh, offer 21 Durvas, do Aarti, show Naivedyam & pray for fulfilling your desires. Then have Lord moon's darshan, offer him Naivedyam, give meal to Brahman & break your fast.In this way if vow is observed all your desires are fulfilled.

Fourth day in the first fortnight of every month is called as Vinayaki Chaturthi. This vow is to be observed for full day.

If Sankashti Chaturthi comes on Tuesday, it is called Angarika. THe vow is completed on the same day. Devotees have their meal in the night after having darshan of lord moon.